We've been busy! If this is your first time on our new site please reset your password in order to access the new Shelter Market.
Reset
Well, this is awkwardThere's nothing in your bag 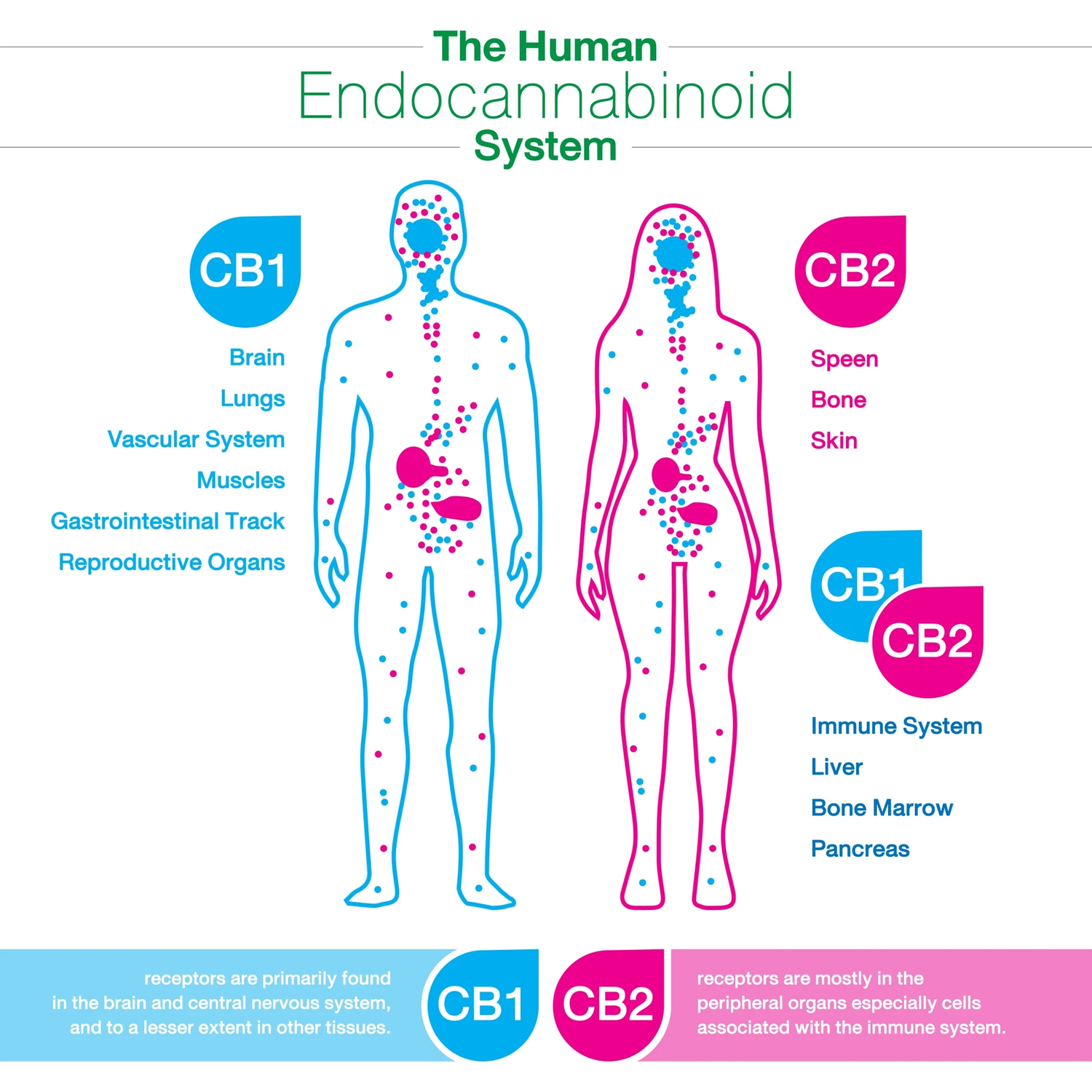 The Endocannabinoid System (ECS) is an internal biological system that all mammals have. The ECS’s main priority is to maintain homeostasis, which is when all systems are balanced and harmonious. The ECS is made up of three separate parts: Cannabinoid receptors, Endocannabinoids, and Metabolic enzymes.

Let's take a closer look at each of these separate parts.

The cannabinoid receptors are a big part of cellular response. They essentially sit on the outside of the cell and transmit information to the inside of the cell. While there are more receptors, the most widely studied and well known are the CB1 and CB2 receptors. CB1 receptors are generally found in the brain and the central nervous system and are the cannabinoid receptors that are responsible for interacting with Tetrahydrocannabinol (THC) and making you feel what we all typically refer to as “high”. CB2 receptors are usually found in the extremities, however, both CB1 and CB2 receptors can be found throughout the entire body.

HOW CANNABIS INTERACTS WITH THE ECS

THC binds to both the CB1and CB2 receptors where it can affect such processes as your appetite, memory or sleep patterns for example. As CB1 Receptors are the main target of THC binding, scientists believe that the interaction between the two is the primary source for the sensations of intoxication. The interaction between THC and CB1 receptors also influences the perception of pain which is likely why many patients report relief from symptoms of chronic pain when using medical cannabis.

Interestingly researchers suggest that the phytocannabinoid cannabidiol (CBD) doesn’t bind to either the CB1 or CB2 receptors but is thought to work to modify the receptors' ability to bind to cannabinoids. Have you ever heard that taking CBD to counteract the effects of a too-strong THC dose can be helpful? That’s because CBD can weaken the CB receptors’ ability to bind to THC, thereby modulating excess cannabinoid activity in the brain. This can help reduce anxiety associated with THC. It’s important to note that many variables come into play with individual experiences including your unique biological makeup and genetics, the ratio of CBD/THC taken, the intensity of the anxiety, and even the sort of products you’ve used.

While there is still much to learn and understand about the human ECS, researchers have identified a range of functions that are regulated by it, including but not limited to: